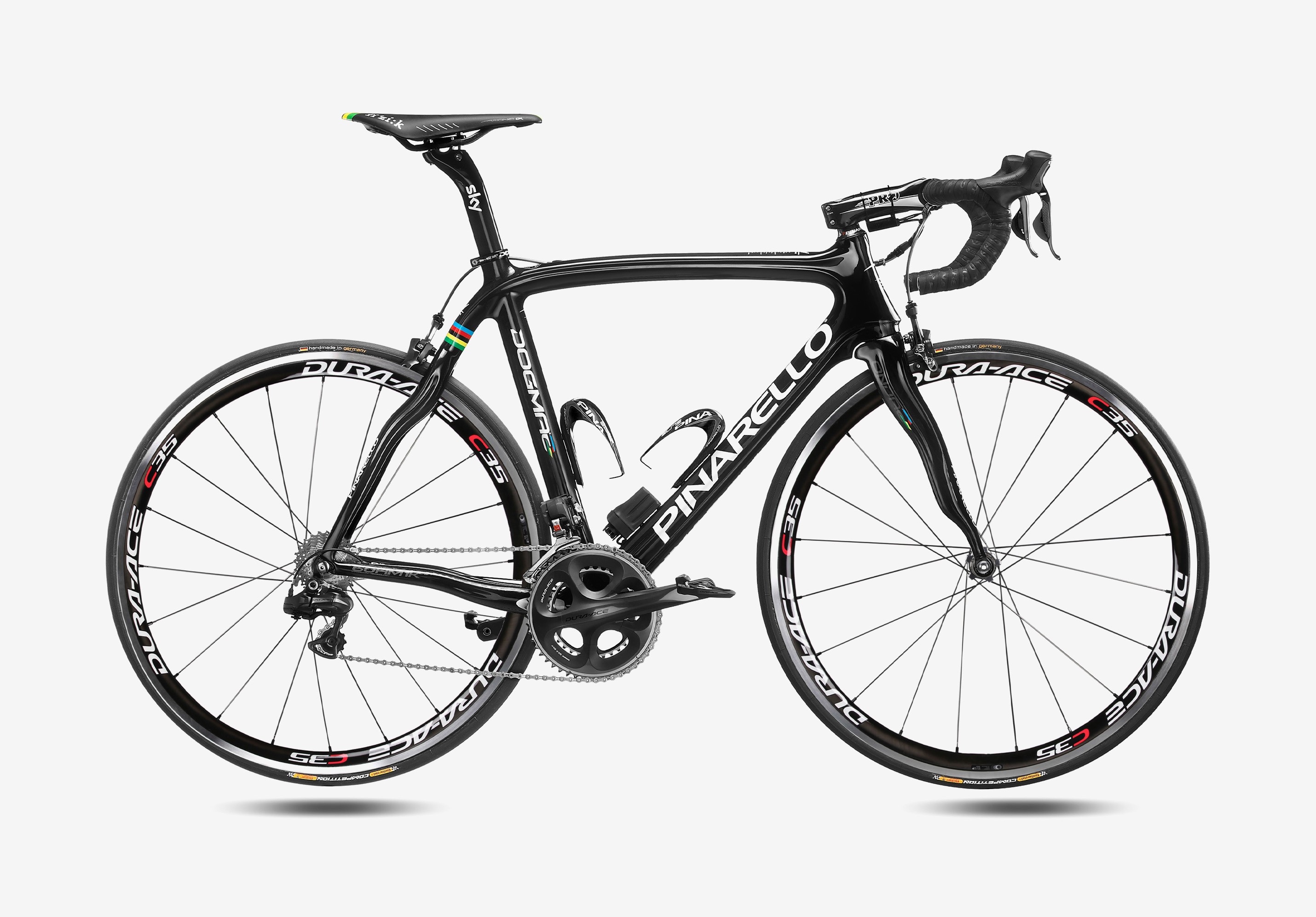 "This is the perfect frame...just leave it as it is!"

The world top sprinter, Mark Cavendish, weared the World Championship Jersey on Pinarello Dogma during 2011-2012 season.
A spectacular season culminated with the victory in the Elysian Fields at 2012 Tour de France, won by Team Sky.

An anecdote: in October 2011 he was given a  DOGMA 2 frame of normal production, to begin working on a specific frame for its features.
The rumor was that Mark was very strict, so PinarelloLAB set up a working team to produce a specific frame for him.
After trying it, Mark told us that we didn't need to work on a new bike...DOGMA 2 was already perfect!
"This is a perfect frame!