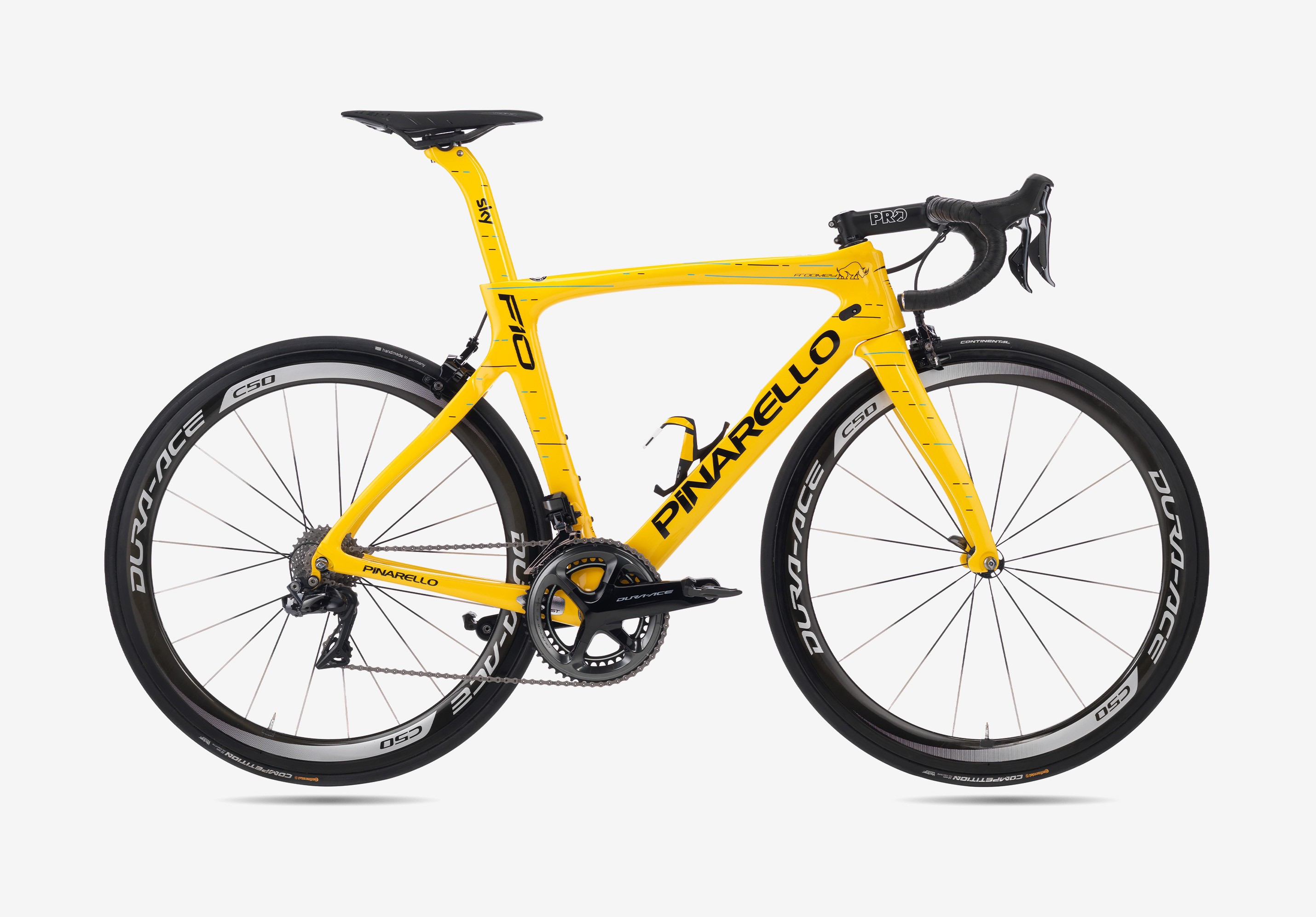 Fourth victory for the British rider, thirteenth for Pinarello, this is an absolute record.
Another Tour de France for Chris Froome and the team SKY
Using F10 and Bolide TT, the british squad dominated the French race, winning its fifth Tour de France, the fourth for Chris Froome and the thirteenth for Pinarello, making us the most winning brand of the Grande Boucle history.