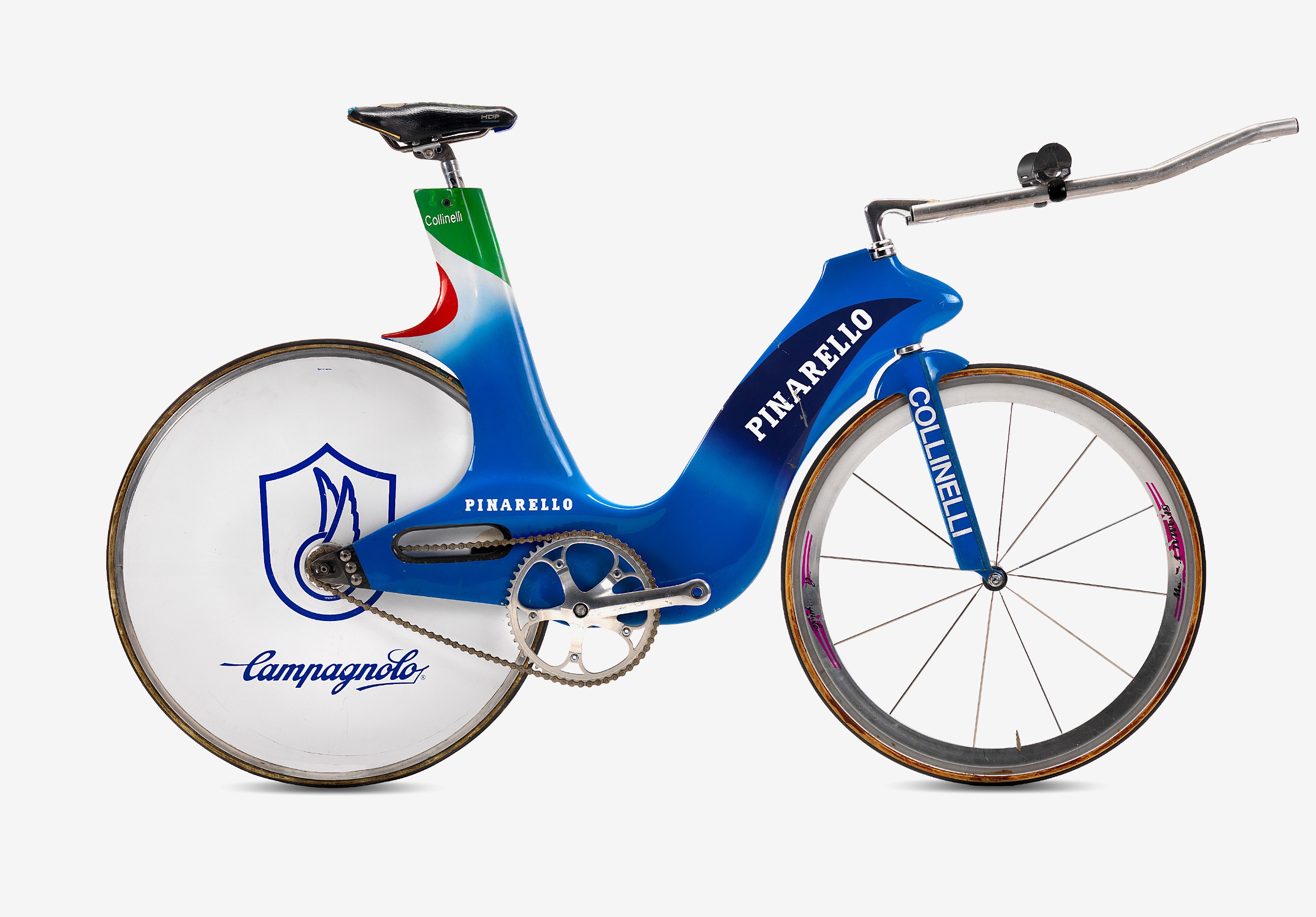 1996 is the year of Olympics in Atlanta.
Italian track team is supported by Pinarello.
The Gold medal arrives thanks to Andrea Collinelli and his Parigina, an evolution of Indurain's Espada, which helped the rider two years before to win the Hour Record.
The young Collinelli flies on his Pinarello and writes the history of Olympics!